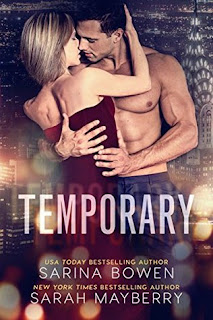 
The most beautiful man I've ever seen is the same one who can ruin everything.

The first time I lay eyes on Callan Walker, I know he’ll be trouble. With his smug grin, hot Aussie accent and thousand dollar shoes, he’s just the kind of rich guy who always gets what he wants.

And he wants two things: a night of sin, and my cooperation as he outmaneuvers his powerful mother to take control of his uncle’s estate.

I can’t afford either one. I’m the only thing standing between my little sister and the foster care system. He may have money and charm on his side, but I have something even more powerful -- pure desperation. This temp job at his mother’s company can become a full time job for me. It has to.

But when Callan’s eyes rake over my body, sometimes I forget my obligations. His piercing gaze finds the fun, optimistic girl I used to be and not the tired person I’ve become.

And it works--if only for a moment. Our night together was a mistake. I can't afford to get sucked into his high-powered family’s treachery. But the closer I get to Callan, the more layers I find beneath those expensive clothes. Though I can’t forget this is temporary. He’s temporary. I have too much to lose.

Too bad my foolish heart didn’t get the memo...

Thoughts on Temporary: Ahh, yeah. Grace was a goner the moment Callan elbowed his way into her life. She just didn't know it yet. Sure, she knew he was going to be a distraction and he'd probably make her job more difficult, but she didn't expect HIM. Mostly because he was really good at hiding the sides of himself that didn't show him as a hedonistic playboy just skating through life.
To be fair, however, Callan did the playboy attitude/lifestyle really well. It isn't until Grace starts really spending time with him that she sees that his arrogant smirks and hardcore flirting hid a more sensitive side. Well, that and a philanthropic side. Which she REALLY liked.
On Callan's end, he's dealing with the grief of his uncle's death and, well, some not so great family dynamics. He's a little over the top and a lot attracted to Grace even though he's not thrilled with the assignment she's been given to catalog his uncle's estate. This is probably not a shock, but THINGS HAPPEN. Glorious, glorious things.
Family (not always of the good variety), people stepping up and doing what needs to be done, six pack abs, some wicked design skills, and a whole lot of distraction during work hours. (Although grace really tried to keep the distracting times to AFTER work hours, but Callan's a hard man to resist.)