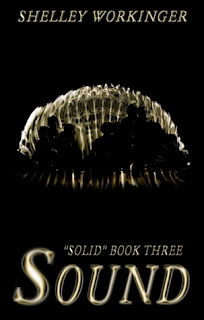 
Clio Kaid's had one crazy summer.

After learning she was one of a hundred teens who were genetically modified before birth, she and the others departed for "camp" at a classified military site.

Besides discovering her own special ability, uncovering a conspiracy, and capturing a killer, she's also forged new friendships, found love, and managed to lose them both.

With no answers and the end of summer closing in, Clio's terrified of going home more lost than when she arrived.

Will she finally find everything she's been looking for?

My Thoughts: Awww. It's kind of sad to see Clio's story come to an end. This book was more about Clio reconnecting with her friends and accepting how she fits in with those around her than anything else. Yes, there was some mayhem but it was relatively mild -- especially compared to some of the things Clio and the gang have had to deal with previously. This ended up being a nice send off for the super kids.

Now, it had been a while since I read book 2 (close to a year! Whoa!) and while I remembered the characters just fine, I had to play mental catch up on what happened to Jack and why Clio was estranged from her buds. I got it all ironed out in my head, it just took a few pages. The Jack situation was a little on the sad side. It ended up being hopeful but the idea of losing your memories like he did makes my frowny, sad, let's-give-him-a-cookie face come out. And, yes, I'm aware that I always try to give damaged heroes cookies to make everything better. It's a thing. A chocolately, gooey, fresh from the oven thing.

Shelley Workinger has closed out this trilogy nicely and left things open ended enough that I think she could come back to it in the future if it tickled her fancy. I've enjoyed my time with these genetically modified super kids and I really am sad to see them go.

Disclaimer: As an Amazon Associate I earn from qualifying purchases.
Sound was provided by the author in exchange for an honest review.