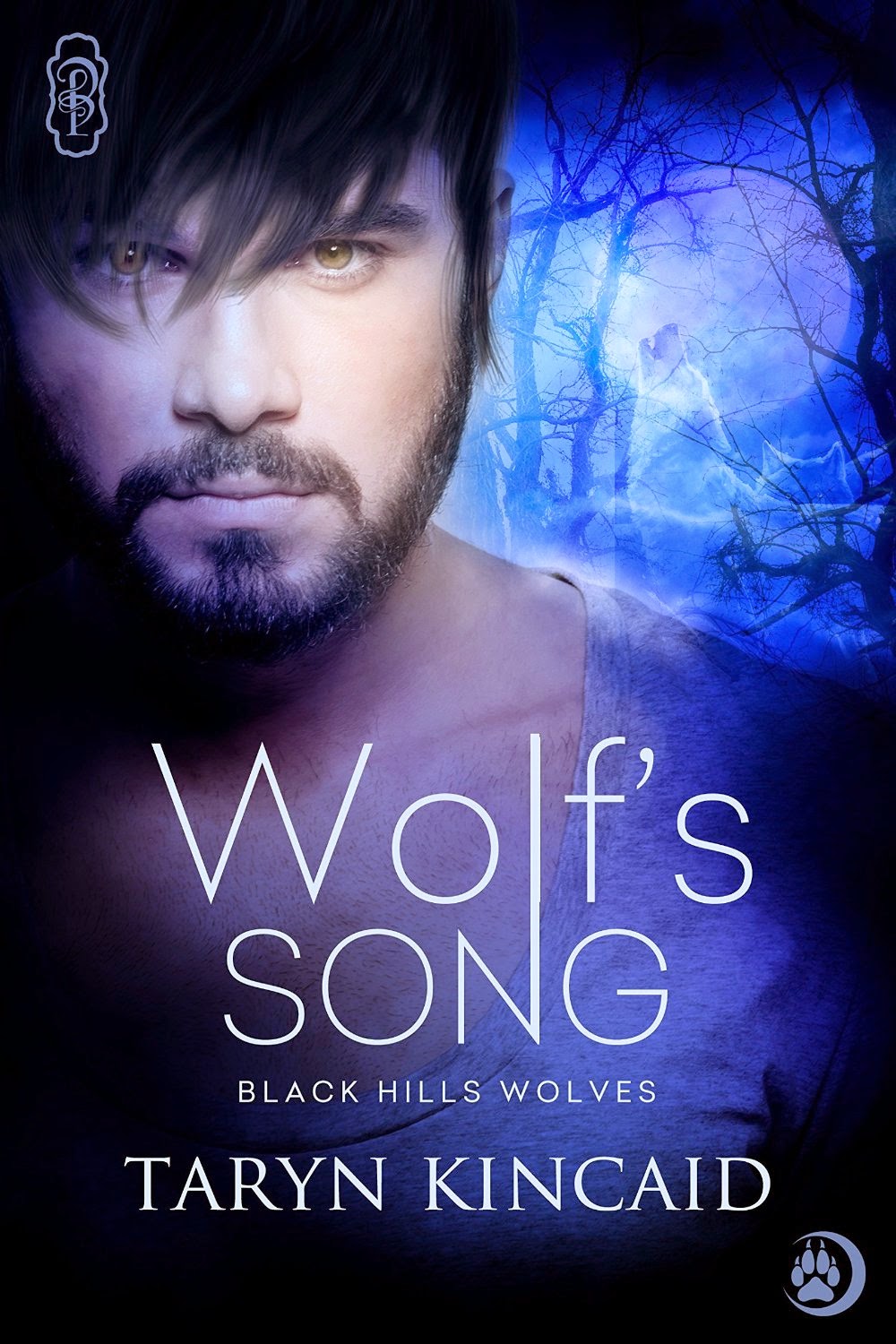 
Ten years ago, visions of death and the babble of lupine voices in his head, drove lone wolf Brick Northridge to challenge his cruel and greedy pack alpha. Beaten by the alpha’s thugs and banished from the pack, Brick lives a life of seclusion in a mountain cabin in the Black Hills.

Born into a rival clan of feline shifters, skinwalker Summer McCoy, in her guise as a raven, watches Brick from afar, giving him back a reason to live through her sweet songs and special gifts.

But when her clan attempts to tear them apart and threatens the pack that banished Brick so many years before, will their love be strong enough to withstand the forces bent on their destruction?

Thoughts on Wolf's Song: First off, I'm a sucker for werewolves. I like them surly. I like them crazed. I like when they take their clothes off and go all naked on us. So, you know, that part definitely worked for me. Because #NakedWerewolves.

As it turns out, I also like when plucky skinwalkers find a way to drag said crazed werewolf out of their funk and bring them around to living again all without ever having any face-to-face interactions. I think that speaks well to Summer's ability to deal with anything unexpected that may arise in a future relationship with a wolf who hears voices.

Which, frankly, is kinda a stink-ass gift. I mean, seeing death and hearing voices CONSTANTLY. It's no wonder the poor guy tried to go all Hulk-like on his alpha. (Also, POOR BRICK. What was done to him HURT.)

Meanwhile, I really enjoyed the slow build of their relationship. While the actual physical part hit hard and fast once they met, Summer and Brick had a lot of years to get to know one another from afar. Sure, Summer wore her animal skin and Brick was all alone on his mountain, but IT WORKED.

Bottom line, surly shapeshifters do it for me. This doesn't shock anyone, does it?