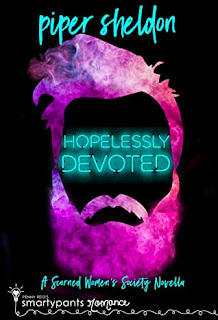 Scorned Women Society
1. My Bare Lady
2. The Treble with Men
3. The One That I Want
3.5. Hopelessly Devoted - Kindle


Skip has one goal: retrieve his romantically reckless best friend from Green Valley, Tennessee and get back to their normal life. Then Skip meets Jack. The handsome and caring stranger is just another distraction from his careful plans.

Jack has dealt with more than his fair share of troubled men and is done with letting his guard down. When he meets walking red flag, Skip, he knows he should run the opposite direction and ignore their chaotic attraction.

Only, fate seems to have other plans when they are stuck on a camping trip together. Jack and Skip are convinced they can put their attraction aside and focus on helping their friends.

One quick trip, one shared tent, what could possibly go wrong?

Thoughts on Hopelessly Devoted: Skip and Jack, guys! They had a moment, things went sort of south, and then they were forced to share a tent on a camping trip and YESSSSSSS. These two had some smolder and sparks going on.
But before we talk about them...DANG, it was tough seeing Sanders crashing and burning through Skip's eyes. Sure, he was a hot mess in his book (before he straightened himself out) and I 100% KNEW he was a hot mess, but seeing how his carelessness cut Skip again and again and Skip just kept allowing it to happen...OUCH. Both Skip and Sanders had a lot of growing up to do and it was both painful and fantastic to watch.
That said, Skip came with baggage. Which isn't to say Jack didn't have any baggage, but Skip's was pretty hefty. And he really needed to come to terms with it and figure things out before he and Jack could be a couple. It took time. It took heartache. It took Skip taking a long hard look at his life and what he wanted to do with it before things started changing.
As for Jack, a bad relationship in his past made him a little gunshy. So when Skip gets a little squirrely, his mind goes to the worst possible scenario and things blow up from there. Seeing as how Skip really did need to get himself together, this isn't necessarily a bad thing since it gave them both time to work things out in their own heads, but...well, there was a teeny bit of wallowing on unwashed sheets and eww, man. Eww.
Drag queens, steamy kisses, troubled teens, early morning sexy times, and one hiking mishap. Skip and Jack, my friends. YESSSSSSS. 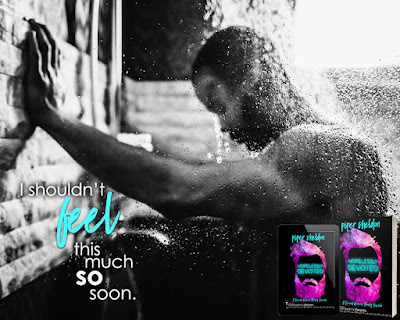 Excerpt
“Stop looking at me like that.” His intimidating grumble was lost on his fuzzy bedhead.

He was adorable. I didn’t want to think about how nice it felt to have him drowsing on my shoulder. I wouldn’t let myself think about that. Nope.

Another bump caused his phone to fall to the floor. As he bent to pick it up, some cards in his back pocket slid out. I grabbed them and quickly examined the notes.

Some were just bullet points that said things like “Build a fire” or “simple trap.” Another had the list of all the guys on the bus. He had prepped for this trip.

“Nothing.” He reached to snag the cards from me but I pulled them away from him, blocking him with one arm as I read.

“You did research,” I said and then titled my head to read, “Why is this one about dabbing crossed out?”

He shook his head, his cheeks were bright red.

“You looked up all the kids coming?” I looked at him now that he stopped struggling.

He looked around and whispered, “Ford gave me the roster. I thought I should at least know their names.”

Despite my very logical mathematician brain, my heart pitter-pattered dangerously in my chest.

“You’re doing it again,” he grumbled.

“Looking at me like I’m a fluffy bunny you want to take home and feed carrots to.”

My cough of laughter surprised us both. He smiled at his clenched hands.

“This is very thoughtful,” I said earnestly.

He scratched the back of his neck and shrugged. Every time he did that, I considered it an invitation to check out his body.

“It’s important to me that I don’t mess this up,” he whispered.

“You won’t. Just the fact that you made any effort at all means something.” 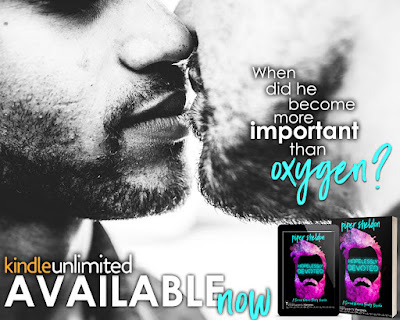 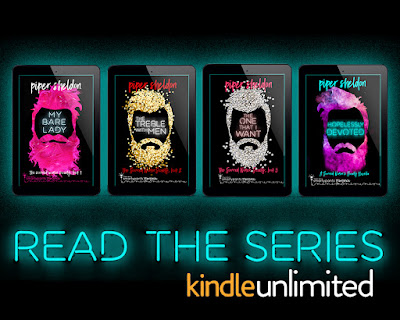 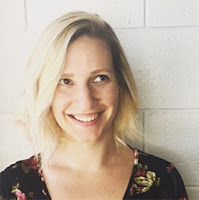 About Piper Sheldon
Piper Sheldon writes Contemporary Romance and Paranormal Romance. Her books are a little funny, a lotta romantic, and with just a little twist of something more. She lives with her husband, toddler, and two needy dogs at home in the desert Southwest. She finds writing bios in the third person an extreme sport of awkwardness..